You are here:
Past Event 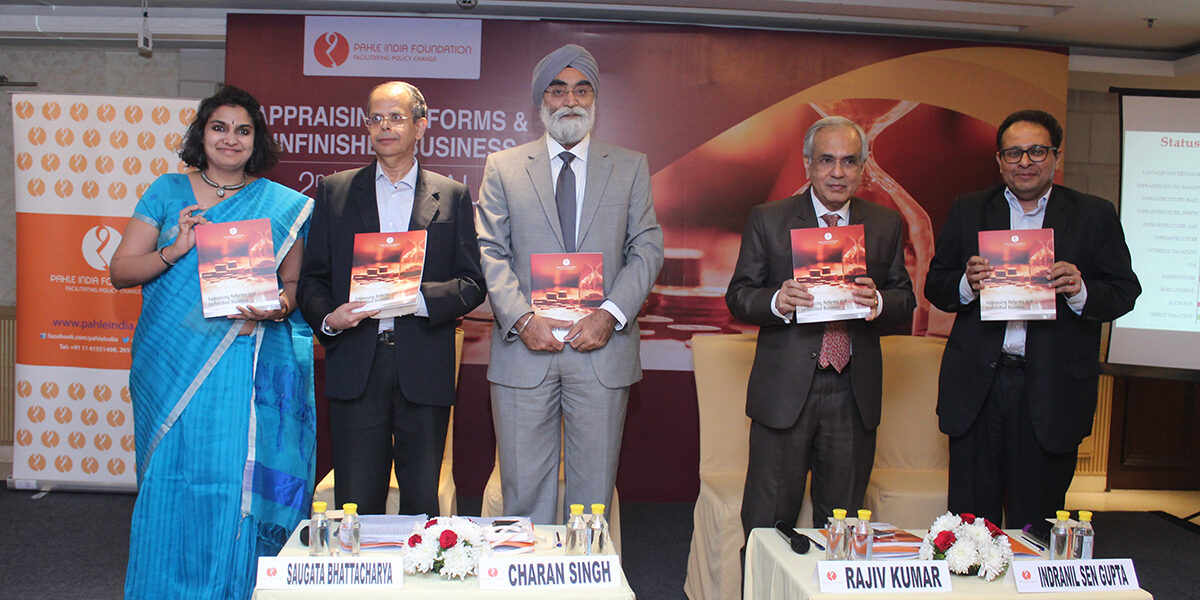 Pahle India Foundation held the 2nd Annual Pre-Budget Seminar titled “Appraising Reforms and Unfinished Business” on 29th November, 2018, at New Delhi. A comprehensive report of the same title was released by Dr. Rajiv Kumar, Vice Chairman, NITI Aayog during the first session. Four sessions were held, broadly classified under the themes of macro economy, trade and industry, social welfare, and defence and foreign policy. Each session had eminent panellists like Prof. Charan Singh (EGROW Foundation), Ajit Pai (NITI Aayog), Arun Ramchandani (Larsen & Toubro) and Cmde. Uday Bhaskar (Society for Policy Studies). The sessions had panellists discussing the 363 reforms and their grading on the basis of the status of the announcement, the scale of execution, the amount of time taken for first-action, and on whether the stated objective of the reform was met. The discussions brought forth policy recommendations on how the government could tackle some of the pending announcements, and plan for any course corrections expeditiously.

Webinar on Impact of Competition Policy on Digital Trade
January 16, 2023

Towards Good Governance for NBFCs
January 11, 2023