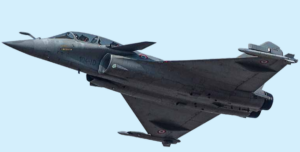 Back in 2014, realising the potential of domestic stock of gold in the country, the Government of India decided to introduce gold related schemes that would unlock the idle yellow metal lying in private lockers. With the dual objective of reducing import and recycling domestic gold, the Hon’ble Finance Minister of India introduced the gold-troika of Gold Monetisation Scheme (GMS), Sovereign Gold Bond Scheme (SGB) and India Gold Coin (IGC) in his budget speech of 2015-16. Finally, on 5th November 2015 the schemes were opened to the public.

Two year down the line, it seems that ‘all that glittered was indeed not gold’. The GMS has failed to make a mark among the retail customers and has collected a paltry 6 tonnes of gold till date, all of which came from the temples. The reason for this can be attributed to its flawed operating and business model. For example, the erstwhile GDS, although not mandated by any of the policy maker, had a minimum requirement of 500 grams. This was purely a business decision taken by most banks to cover their operational cost which involved the cost of purity-testing, melting, refining and storage of the gold deposited by the investors in the scheme. As a result, retail participation in GDS was almost nil. The newly introduced GMS, has brought down the minimum investment of gold to 30 grams, revamped the process so as to reduce time consumption, enhanced the process of realisation of investment and so on. The banks were also given added privileges for running the scheme such as the gold collected being used partially for CRR etc. So what stops the GMS from succeeding? When examined in depth, there still remain certain challenges for the operators of the scheme. Currently, the GMS are run by banks and are assisted by the refineries and CPTCs (BIS approved assayers), as prescribed by the Government. This requires a bank, a refiner and a CPTC unit to tie up under a tripartite agreement and run the scheme. However, both banks and refiners are apprehensive of doing business with CPTC units. It is a fact, almost all CPTC units are small business enterprises without proper books of accounts, and neither banks nor the refiners want to take the risk of dealing with these entities. Furthermore, most CPTCs are located in dingy areas where bank customers are unwilling to visit with their gold. Apart from these operational issues, banks face the age old problem of end use of gold collected through GMS. While a solution to this could have been deployment of the collected gold in Gold (Metal) Loan (GML) to the jewellers, it has been observed that jewellers prefer outright purchase to GML due to its cost effectiveness. Until the end use of gold is tackled, banks will be unwilling to take up GMS. The GMS can be made more effective by tweaking few basic regulatory norms. Firstly, investors in GMS should be allowed to bypass the CPTC route for depositing 24 carat coins in tampered proof packages such as the IGC and the Suisse coins earlier sold by banks. Secondly, banks should be allowed to get into bipartite agreement with refineries. Thirdly, apart from CPTCs larger jewellers should be roped into the scheme as banks are more open to undertaking business with jewellers due to ongoing business relationship with them. Fourthly, inter-bank lending for gold, gold-currency swaps and buy back of gold by banks should be introduced so as to provide the necessary outlet for gold collected through GMS. Even suitable policy changes in GML such as reducing interest rates and increasing loan tenure will popularise it among jewellers indirectly boosting GMS. Fifthly, financial auditing of CPTCs will increase both banks and refineries to deal with them. These few changes are sure to hasten up GMS to a large extent.

Moving ahead, the India Gold Coin (IGC) which was launched amid much fanfare hasn’t gained the expected momentum either. While the customers are eager to buy these coins (more so due to the sovereign seal on them) unavailability is still a persisting issue. MMTC which is the sole distributor of IGC, has tied up with banks to sell these coins with the condition that, only those banks who undertake GMS will be allowed to sell IGC. This in turn tied the success of IGC with the success of GMS and vice versa making it a vicious cycle. Moreover, the negligible commission paid to banks for the sale of IGC deter them from taking up this business. It is to be understood that the success of IGC lies in increasing the number of vendors so as to make it popular among the citizens. Hence, all banks should be allowed to undertake the sale of IGC irrespective of them undertaking GMS. Hiking the commission on sale of IGC will also push banks to actively sell these coins. Apart from this additional distributors apart from MMTC should be brought in to improve the distributary mechanism. The circulation of IGC is bound to reduce the affinity towards Swiss gold coins thus reducing imports.

Among all these schemes, the SGB by far has been the most successful and managed to carve a space in the investment portfolio of Indians. The SGB saw a tremendous interest among investors on its launch and garnered a subscription of 915.95 kilogram worth INR 246 Crore in its first tranche. The second tranche brought in 3 times the amount collected in the first tranche while the sixth tranche (last one) collected a whooping INR 1067 crore on 3550 kilogram of gold. Till day, SGB issued a total of 14071 kilogram of gold worth INR 4127 Crore over six tranches. The seventh Tranche has been scheduled to be run from first week of March onwards. Though SGB is having a successful run, it can be made to perform better with an EEE (exempt-exempt-exempt) tax break. This will further popularise it among common investors.

The dream of monetising gold cannot be achieved by one single entity. The Government needs to understand that all the related entities such as banks, financial institutions, assayers, refineries and even policy makers must work together in a cohesive manner for these schemes to become successful. It is only advisable to look beyond personal gain and loss work in tandem for successful monetisation of gold, which will eventually lead to everybody wins situation. As the current Government’s motto goes, ‘Sabka Saath, Sabka Vikas’ it is quite obvious that in this very case the Government does need a ‘sabka saath’ for ‘sabka vikaas’ or at least for the ‘vikas’ of monetisation of gold!

Arindam Gowswami is an Associate Fellow with Pahle India Foundation.