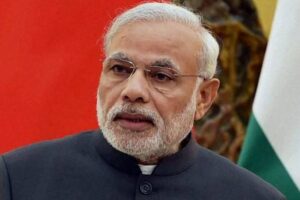 On November 8, 2016, when Prime Minister Narendra Modi declared 86% of the currency in circulation as illegal tender to curb illicit wealth, he promised to take more steps to curb the generation of black money. On December 31, he put the issue of political funding to the fore. To his credit, political funding, which is discussed in hushed tones in civil society and was persona non grata for the longest time, can now be discussed and the means to reform party funding debated in the open.

In keeping with the discussion, the Union Budget 2017 announced certain experimental political party funding methods, which sought to protect the need for privacy and secrecy, while changing the method of payment from cash to electronic money—this, as we now believe, is the panacea for all ailments.

The Budget announced two measures for political funding: (1) capping the cash donation limit at R2,000, and (2) issuance of electoral bonds. Currently, parties are entitled to receive donations below R20,000 in cash. Post April 1, 2017, this amount will stand at R2,000. The announcement is being envisaged as a reform that will crack the whip on the cesspool of black cash that finds its way into funding of political parties.

It was encouraging to see all the political parties unanimously support this announcement. Admittedly, any party that would had not supported this announcement would have invited unwanted attention and further investigation.

On second thoughts, while the spirit of the announcement is reformative, it is worth assessing the impact of this announcement on status quo. How will this change the existing rules of the game?

First, donations are just one of the many sources of funds for a party. For all national parties, donations contribute less than 50% to the total party funds, with the Communist Party of India (CPI) being the only exception. The new rules do nothing to bring about more transparency in the functioning of political parties. Now, all political parties—except the Aam Aadmi Party (AAP)—are united in their opposition to bringing them under the RTI. Neither do they have any desire to have their books audited like any transparent organisation should.

Second, the accompanying chart represents disclosed donations as percentage of the total income of a party. The brilliance of this chart is that the Bahujan Samaj Party (BSP) has not disclosed any donations, as the party claims that all donation received by it is under R20,000—most of it being as low as R1. In light of this, the new R2,000 limit will have no effect on donation declarations of the BSP. One can also assume all other political parties would take the lead of the BSP and claim that all their cash donations are less than R2,000.

The finance minister does not mention anything about mapping donations to unique donors. As a result, one is likely to see the number of donors (including fictitious ones) multiply and the average donation get adjusted accordingly. The inability of the announcement to address cases such as the BSP weakens its merit. The way to bring transparency in donations would have been to ban cash donations completely.

Third, the proposal of floating electoral bonds is fraught with transparency and income-tax issues that would make a hawala operator froth. The bonds would make donations to political parties completely anonymous. In an age when people in the US are worried about how Russia helped Donald Trump get elected, electoral bonds would make it easy not only for corporations but also the proverbial ‘foreign hand’ to lean on elections in India. An amendment to Section 13A of the Income-tax Act proposed in the Budget would exempt political parties from keeping records of donations made via electoral bonds, thereby taking away any semblance or pretence of transparency.

The finance minister has not announced any provisions that would bring political parties under the tax scanner. Currently, political parties enjoy tax exemption on income from property, voluntary contributions, capital gains and others. This has resulted in parties being set up for the purpose of siphoning money and evading taxation. A quick glance through the donor list reveals the high number of trusts and charitable institutions that donate large sums to each party, year on year. According to the Election Commission (EC), there are more than 1,500 registered political parties that have not contested elections between 2005 and 2015. In this reference, the EC delisted 255 parties that had never participated in any election since their inception. The remaining parties continue to avail tax exemption.

Political funding reforms must take into cognisance the nature of permissible income and expenses of parties. In addition, political parties receive support in kind, such as helicopters, sponsored rallies, election merchandise, campaign support, etc. Also, disclosure requirements of political parties must be linked to the income received by a party in a financial year, with special disclosures in case the party participated in elections during the year in question.

In the past few months, the government has talked about its passion for a swachh Bharat by attempting to attack black cash through demonetisation, followed by announcements related to funding of political parties in the Union Budget. It is praiseworthy that we can finally discuss political funding. However, it is also clear that policy-makers did not go all the way to ensure transparency whether by design or oversight.